For the research project Unacknowledged Loss by Barbara Raes, eight Berlin-based artists were invited by HAU Hebbel am Ufer to create individual rituals on loss and moments of transition. Softcore, was developed in this context. HAU Hebbel am Ufer 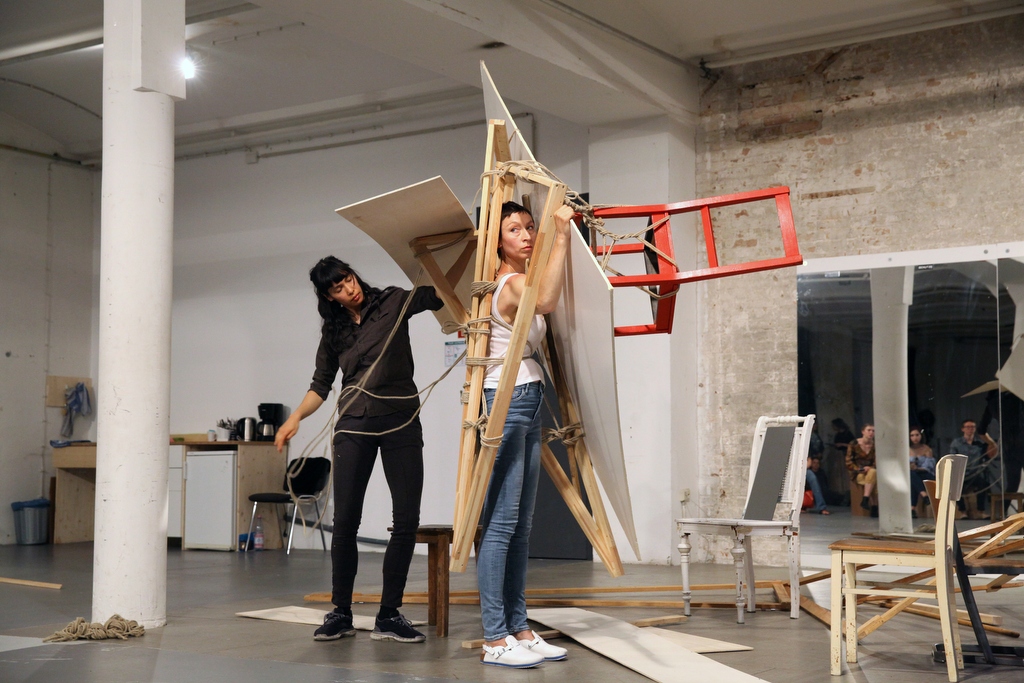 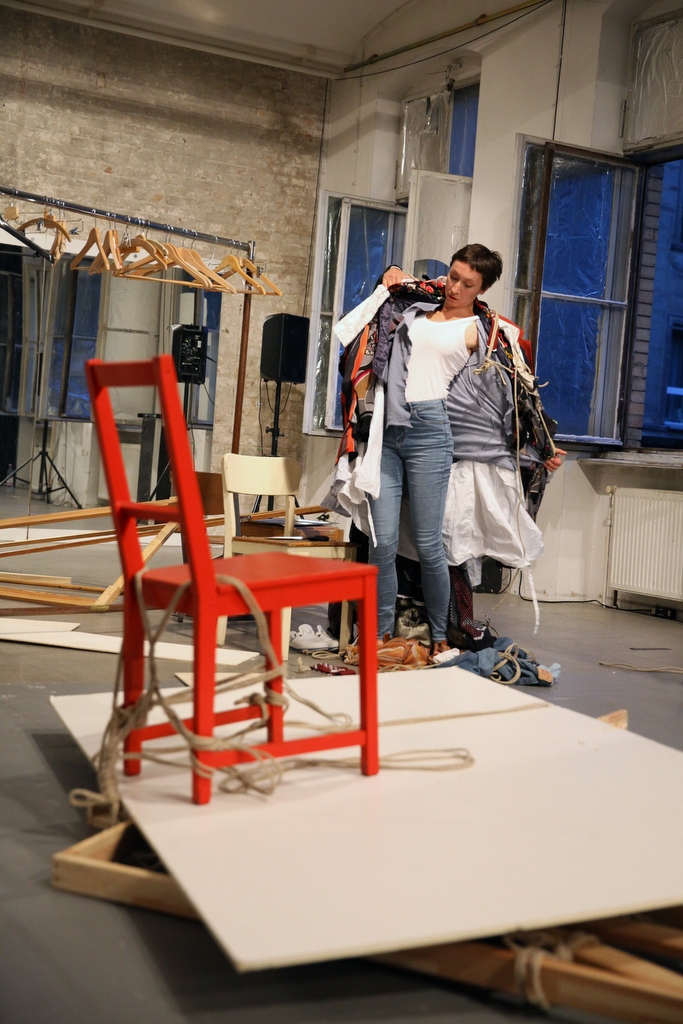 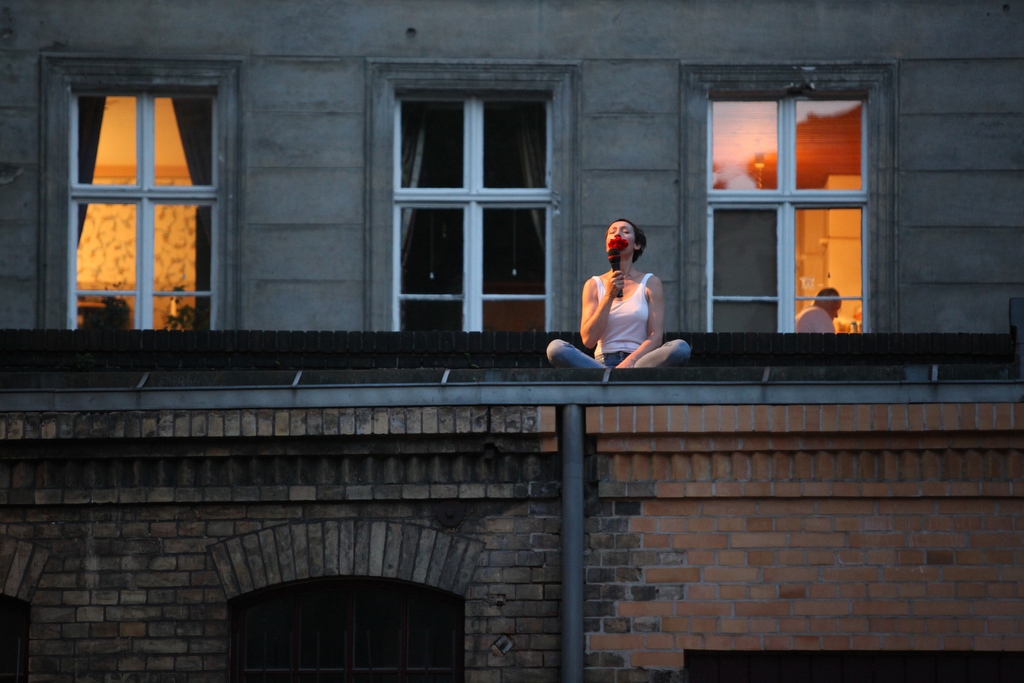 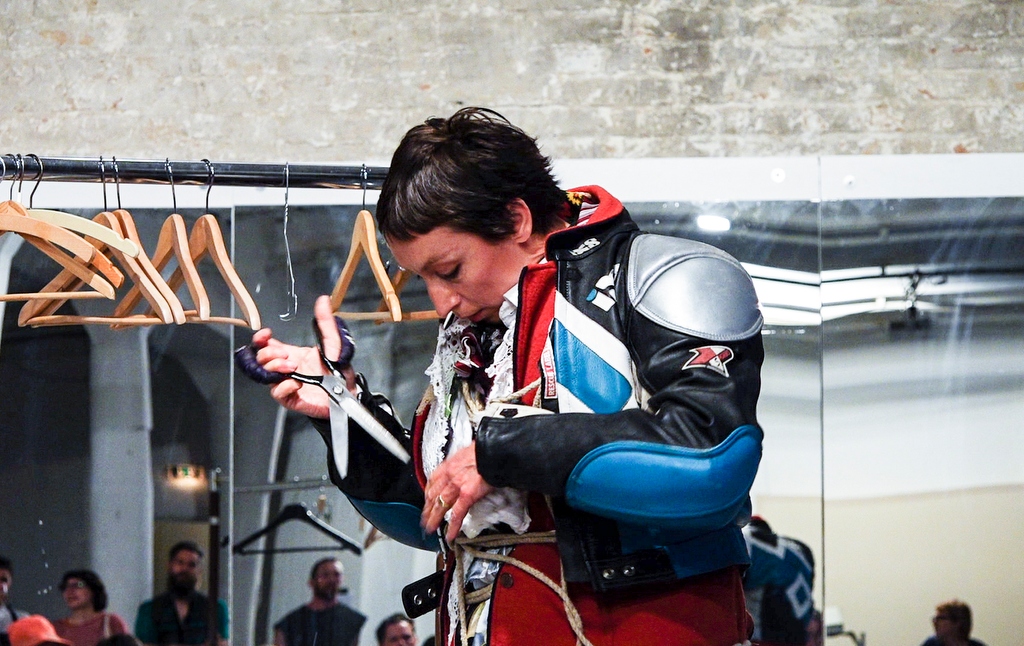 Softcore is a two-part ritual dedicated to those who don’t live the life they wish to live, which, as we have learned during “The School of Death”, is the majority. I concentrated on the ones in my personal vicinity.

I developed a concept around support and restriction—binding and freeing. On the first evening, I worked with hard structures on the second one with clothing. Each was followed by an outdoor singing segment called “Learning how to Speak from Love” where I sang on a neighboring rooftop at dusk through a rose in my mouth for 33 minutes and 33 seconds.

I learned a lot about rituals!

Playful not a game

Celebration not a party